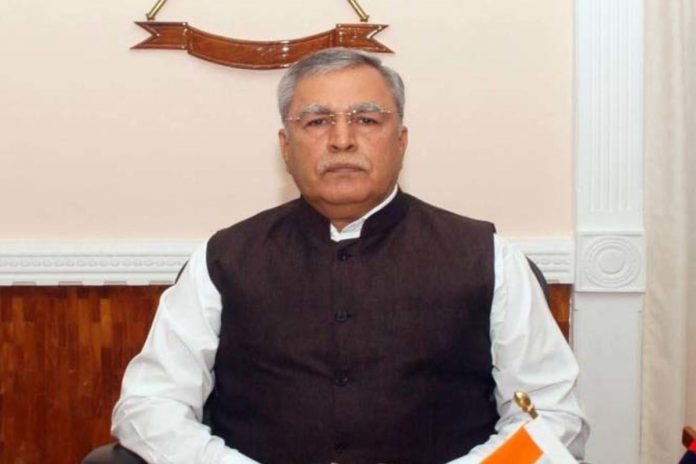 Retired IPS officer of the J&K cadre and Administrator of Lakshadweep Farooq Khan has been appointed the fifth Adviser to Governor Satya Pal Malik. An order in this regard was issued by Raj Bhawan on Saturday evening.

Sources said Khan was the unanimous choice of Prime Minister Narendra Modi and Home Minister Amit Shah for the new assignment in J&K, where he has served with distinction as a police officer and later played a significant role in expanding the base of the BJP soon after he joined the party in 2014. Khan’s appointment would give due representation to the Jammu region in the State Administrative Council, where the Advisers take decision under the chairmanship of the Governor.

Sources said Khan was tipped off for his new assignment by the Central government upon which he resigned as the Administrator of the Union Territory of Lakshwadeep on Saturday. He belongs to Jammu.

The 1994 batch IPS officer retired as the Inspector General of Police in 2013 and joined the BJP before the 2014 parliamentary election during a BJP rally at Hiranagar in Kathua. He played a major role in anti-militancy operations in the state before his retirement.

Khan was also the in charge of the BJP Minority Morcha and the party’s affairs in Nagaland. He was also the spokesperson for the BJP in J&K. Khan led the March 1996 operation at the Hazratbal shrine in which 18 militants were killed. He was the mind behind the creation of the Task Force wing of the J&K Police.

It was under Khan that Raghunath Temple in Jammu was freed from militants in 2003. He has been awarded with the President’s medals for gallantry, bravery and distinguished service.

Khan is a Dogri-speaking Muslim. His grandfather, Col Peer Mohammad, was the first state president of the Jammu and Kashmir Jana Sangh and was in the last Dogra ruler, Hari Singh’s, army.

The state had come under the Governor’s rule on June 20, 2018, a day after the BJP withdrew support to the PDP-led Mehbooba Mufti government. Satya Pal Malik took over as the Governor of Jammu and Kashmir on August 23, 2018. At present, Malik has four Advisers — K Vijay Kumar, KK Sharma, K Skandan and Khurshid Ganai.