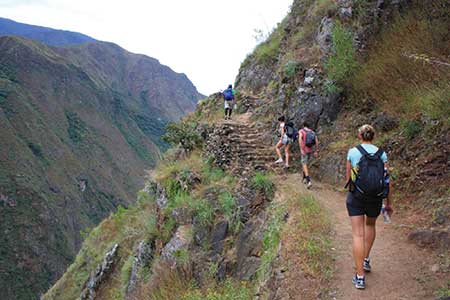 The state government has directed the tourism department to launch a comprehensive publicity campaign to promote the newly opened trekking tracks in Kargil district with an aim to promote adventure tourism.

While reviewing the developmental projects in the newly formed Ladakh division, Chief Secretary BVR Subrahmanyam asked officials on Sunday to give wide publicity to tourism to exploit the potential of Kargil district.

He also visited the Drass War Memorial and took stock of the arrangements for Vijay Divas, observed on July 26. Over 1 lakh tourists visited the district last year and officials said this year too, the district is witnessing a good footfall.

The Chief Secretary also reviewed the status of a 200-bed hospital being constructed at Kurbathang.

Officials said clear directions had been given to improve the functioning of the district hospital, CHCs, PHCs and NTPHCs in the district.

Subrahmanyam also reviewed the status of agriculture, horticulture and animal and sheep sectors in the district. He said the state government was also planning a Pashmina wool production.

“Status of implementation of Centrally sponsored schemes, including PM KISAN, Ayushman Bharat and various social security schemes, was also reviewed, with officials concerned being directed to make concerted efforts to ensure that benefits envisaged under these programmes and schemes reached the targeted population,” a statement issued here said.