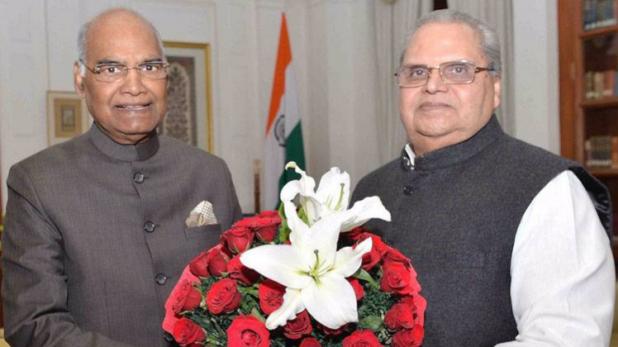 Jammu Kashmir has been under President’s rule since December 19, 2018. Earlier, it was placed under Governor’s Rule after the BJP pulled out of the coalition government with PDP in June last year.

The Union Cabinet on Wednesday approved the extension of President’s rule in Jammu and Kashmir for another six months, beginning from July 3. Union Minister Prakash Javadekar made the announcement at a press briefing in New Delhi.

A resolution seeking approval of the Parliament for the extension of the central rule in Jammu and Kashmir will be moved in both houses of parliament during the forthcoming session.

Assembly elections in J&K will be held later this year, with the Election Commission confirming that the schedule will be announced after the Amarnath Yatra ends in August.

The 46-day annual pilgrimage, beginning on July 1, takes up a lot of the state administration’s time and requires heavy security deployment.

In fact, as the security forces need to man the entire national highway from Lakhanpur to Kashmir Valley and other yatra routes from Baltal and Pahalgam to the holy shrine, the state administration starts deploying them at least a fortnight before the start of the Yatra.

This is likely to be the last extension of the central rule in the state as the Election Commission had issued a statement recently stating that elections in Jammu and Kashmir would be announced after the annual Amarnath Yatra beginning on July 1.

Under Section 92 of the Constitution of Jammu and Kashmir, there is no provision for further continuation of Governor’s rule after six months. Hence, on the recommendation of Governor and having regard to the prevailing situation in the state, the President’s rule was imposed on December 20, 2018.

Subsequently, a resolution approving the President’s rule was passed in the Lok Sabha on December 28, 2018 and in the Rajya Sabha on January 3, 2019.

Governor Satypal Malik on November 21, 2018 dissolved the 87-member state assembly after the PDP, supported by the Congress and their arch rivals National Conference, had staked claim to form the government.

Simultaneously, the two-member People’s Conference led by Sajjad Lone had also staked claim to form a government with 25 members of the BJP and other 18 unknown members.

The governor had dissolved the assembly citing horse-trading and lack of stability to form a government as the reasons.

No presidential proclamation shall in any case remain in force for more than three years except for the intervention of Election Commission of India which has to certify that the continuance in force of the Proclamation is necessary on account of difficulties in holding general elections to the Legislative Assembly.