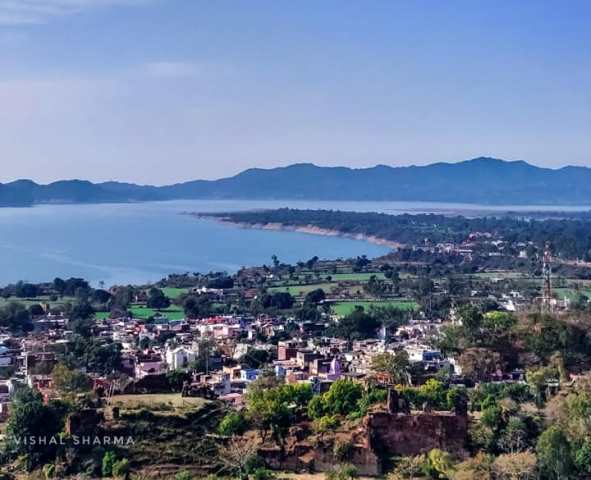 The town Basohli (formerly known as Vishwasthali) founded by Raja Bhupat Pal somewhere in 1635 AD, (if we visit to Kahan Singh Billowrias mention it was founded somewhere in seventh century with its capital at Balore and it flourished in sixteenth centaury). It is located on the right bank of River Ravi at an altitude of 1876 ft. It is situated in the uneven lofty Shivalik hills.

Battle of Basohli finds mention in History which was fought between Mughal Empire including Rajput rulers of Shivalik Hills and the Sikhs.
The town Basohli has shot its prominence on international as well as on national level because of its miniature paintings.

It has got the pride of being the number one among the old Duggar states of Jammu and Kashmir in the field of art, culture and the aesthetic sense. Basohli has left an indelible mark on the cultural horizon of the country. Whether it is art, painting, ayurveda, pashmina industry, astrology, classical singing and celebrations of Ram Leela, Basohli has always excelled in every field.

Written By Musafir Hoon Yaaron on his Facebook Timeline.