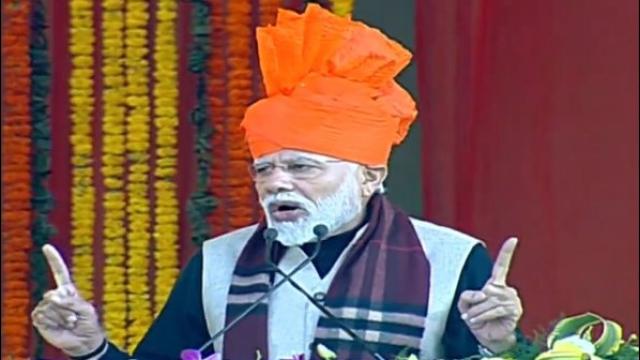 PM Modi paid a day long visit to the state today. During the day, he launched various projects and participated in a number of activities. Here is a short list of Jammu related activities of the Prime Minister:

He laid foundation stone of AIIMS at Vijaypur, Jammu.
Post inauguration, he addressed a public rally at Vijaypur and greeted the people in Dogri.
He also said that Rs 750 crores have been alotted to the state for setting up 5 medical colleges.
Laid foundation stone of north regional campus of the Indian Institute of Mass Communication which will be constructed at a cost of Rs 16 crores.

Speaking of Kashmiri Pandits, he gave assurance regarding their resettlement back where they came from.