Two prominent places of Jammu have witnessed season’s fresh snowfall. Here are the places and things to know thereof:
•       The holy Vaishno Devi Shrine has witnessed the season’s first snowfall. The Trikuta hills, the pathway to the holy shrine and the shrine itself has been shrouded under the white cover of snow. 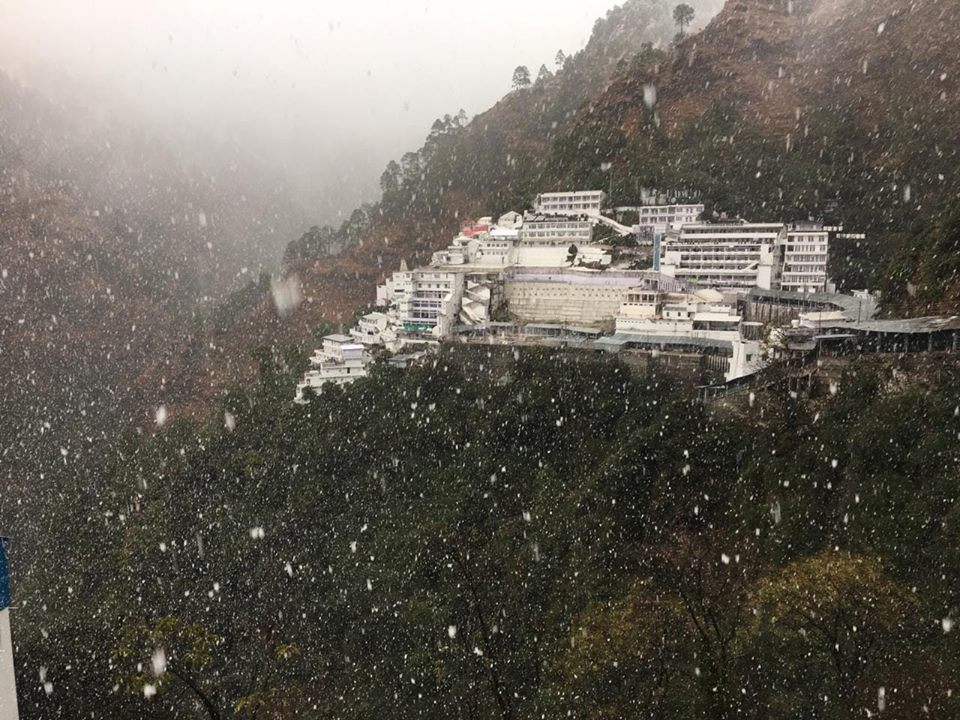 •       Pilgrims are enjoying the fresh snowfall despite severe cold in Katra and enroute Bhawan.
•       Despite snowfall, the pilgrimage has been going on normally, although the chopper service has been halted.
•       The battery car service from Ardhkunwari onwards has also been stalled for the time.
•       Similar weather is expected to continue for a couple of days.
Read also: Why Patnitop is Known as Patnitop?
•       Not just Vaishno Devi, tourists can also enjoy fresh snow at Nathatop, Patnitop.