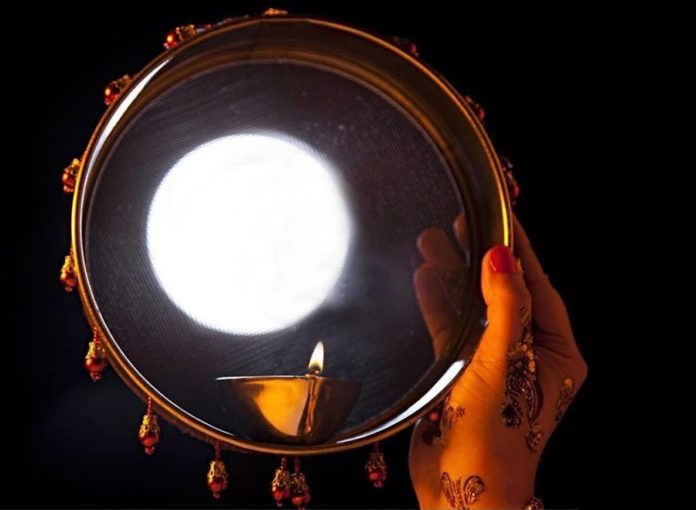 It’s Karva Chauth and the moon continues to hold fort this day.  TV and movies have promoted Karwachauth like nothing before.

Still here is how a typical Karwachauth of a Dogra lady is celebrated :

Sargi: Days prior to the fast, mother in laws gift feniyaan-katlamme and other gifts to their daughter in law. Brothers also gift their married sisters with the same bakery items, clothes, make up articles etc. Fast begins: The fast begins before dawn with eating Sargi, which constitute the above mentioned bakery, desi chai, coconuts etc. Thus begins the tough day long fast.
Women in their best all day: Karwachauth is a day which witnesses married women in their best, make up and attire, second only to the day of their marriage.
Beya prayers: Late evening, women from a locality gather, usually in a park or a temple. There they perform a sort of prayers, called as Beya bataana/ बेया बटाना which literally means exchanging beya.
Read also: The Dogra trumpet – KAEL
Culmination: The fast ends with worshipping the moon. It’s only after this that a woman would eat.
Advertisement
© Newspaper WordPress Theme by TagDiv
error: Content is protected !!
Go to mobile version