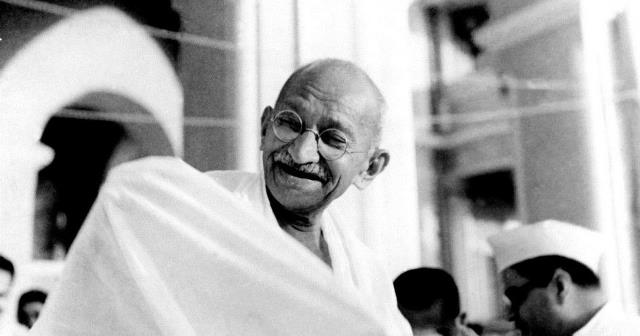 Mahatma Gandhi, a symbol of non-violence, truth and moral values paid a 4-day historical visit to strategic and sensitive Jammu and Kashmir State during a crucial period in first week of August, 1947 and played a pivotal role. This was his life’s first and the only short visit in Kashmir which gave some turning points to course of events on the eve of Independence as well as thereafter by providing much-needed healing touch to the people in this sensitive and strategic border State.

The Father of the Nation always had his hand on the pulse of the people and his gospel of non-violence, truth and sincerity of purpose had already won the hearts of masses in Jammu and Kashmir as elsewhere in the country.

The visit was at a very momentous period on August 1-4, 1947 and had much historic importance for Jammu and Kashmir as well the entire country. It was a significant event then in 1947, but a spotlight on it now is also of much relevance for the people in this part of the country. Gandhiji’s message of peace and harmony has always stood the test of time and is so still very much relevant in our time now.

The Indian National Congress leadership: Gandhiji, Pt Jawaharlal Nehru, Maulana Azad, Sardar Patel and other stalwarts had been source of inspiration and ideology during the movement in Jammu and Kashmir for attainment of responsive and democratic governance in place of the monarchy. The struggle in Kashmir was spearheaded by Sheikh Mohammad Abdullah who stood by the high principles of peaceful method and uphold the Hindu-Muslim unity at all cost. The Sheikh was imprisoned at the time of the Mahatma’s visit.

On August 1, 1947, Gandhiji reached Srinagar, the summer capital of Jammu and Kashmir State, to an affectionate welcome and grand reception by Begum Akbar Jehan wife of Sheikh Mohammad Abdullah and about 500 women social and political activists. He freely met the masses in Kashmir then. The Mahatma did not address any public rally during his three days stay inSrinagar but held two prayer meetings during which he gave expression to his ideas, impressions and idealism and at the same time highlighted the supremacy of the masses.

Gandhiji made some famous observations which assumed historical significance: First, the Amritsar Treaty of 1846 under which Kashmir was given to Maharaja Gulab Singh was termed by him as “a sale deed”. He admired the masses for their exemplary role during the freedom movement as also in maintaining exemplary Hindu-Muslim unity at a time when there were dark clouds of strife and observed that he saw “a ray of hope” in Kashmir despite communal frenzy elsewhere on the sub-continent. Gandhiji also frowned on illumination when strategic Gilgit area was reverted back by the British to the J&K ruler and curiously observed and prophesied that Gilgit area will be ultimately “snatched”. His word proved true in less than a year as Gilgit was annexed by Pakistan.

After enactment of Indian Independence Act by British Parliament on July 17, 1947, the Paramount powers of the Crown over rulers of Indian States was to lapse from August 15, 1947 and Lord Mountbatten called upon the princely States to join either of the Dominions- India or Pakistan- by deadline of Independence Day (August 15, 1947). There was pressure on the ruler from Muslim League led by Mohammad Ali Jinnah who propounded two-nation theory while the people of Kashmir led by Sheikh Mohammad Abdullah totally rejected the two-nation theory. The Maharaja of J&K State was unable to take decision in this complex situation.

The J&K State’s then Prime Minister, Ram Chand Kak, was removed within a short while after Gandhiji’s meeting with Maharaja Hari Singh during the visit.

Mahatma Gandhi was all praise for the tallest leader of Kashmir, Sheikh Mohammad Abdullah for his adherence to communal harmony, deep concern for down-trodden masses, democratic aspirations and nationalistic views. The Sheikh and his party, while firmly rejecting the two-nation theory, had consciously sided with the ideals of peace, progress, democracy and secularism.

During this visit to Jammu and Kashmir, Maharaja, Hari Singh and Maharani Tara Devi, cordially invited Gandhiji to the Palace and had an elaborate meeting. He was affectionately accorded traditional welcome with Arti and tilak by the Royal couple and also then young prince, Dr Karan Singh. Later, the details have been recorded by Dr. Karan Singh in his book titled “Heir Apparent”. Gandhiji during his visit also had met a number of delegations and preached his ideas and ideology both in Kashmir and Jammu..

Mahatma Gandhi wrote one report on this visit and sent it to Pt Jawaharlal Nehru with a request to show it to Sardar Vallabbhai Patel as well.

Subsequent events have amply proved Gandhiji right in many respects. The relevance of Gandhi’s message and teachings still have much relevance and significance for tackling the real problems still facing the people. By adhering to Gandhian ways, the solution to all issues can be found and permanent peace, progress and prosperity attained. Mahatma Gandhi’s 4-day visit on August 1-4, 1947 to Jammu and Kashmir forms a proud chapter of our history.

The Indian people are without Mahatma Gandhi, Father of the Nation, for the past 65 years but Gandhiji’s ideals still are like beacon light for not only the nation but the entire world.

On the birth anniversary of Mahatma Gandhi, it is time to re-dedicate ourselves to the lofty ideals and high principles of moral values for making the country including Jammu and Kashmir, a strong, secular country based on socio-economic justice.

*The author is a Freelance Journalist.

Disclaimer: The views expressed by the author in this article are his own and do not necessarily reflect the views of JammuVirasat.com