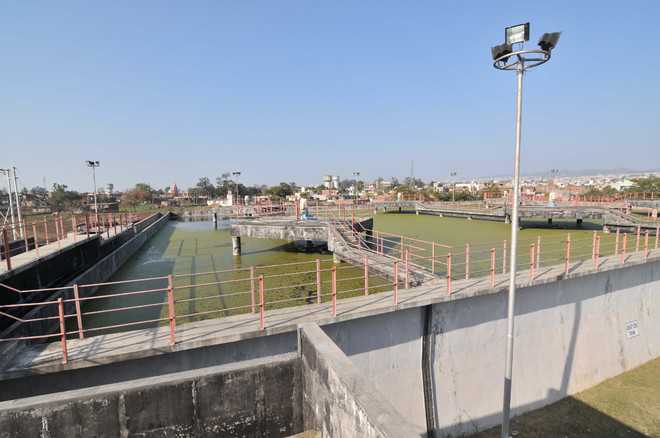 The project has already cost agencies more than Rs 250 crore.

Three STPs of 30 million litres per day (MLD), 27 MLD and 10 MLD were constructed on the banks of the Tawi to treat the waste water before its influx into the river.

Two units of 30 MLD and 10 MLD have been made operational, which treat only 15 MLD, as of yet, because individual households have not been connected completely.

Started a decade ago, one of the biggest sewage treatment plants (STP) in J&K still remains underutilised as the executing agencies have failed to connect individual households with the main sewer system.

More than Rs 250 crore has been spent so far. The project was to be completed in 2011 and since then it has missed several deadlines.

Different agencies have been allotted different areas of Jammu city to link with the STP. They are: