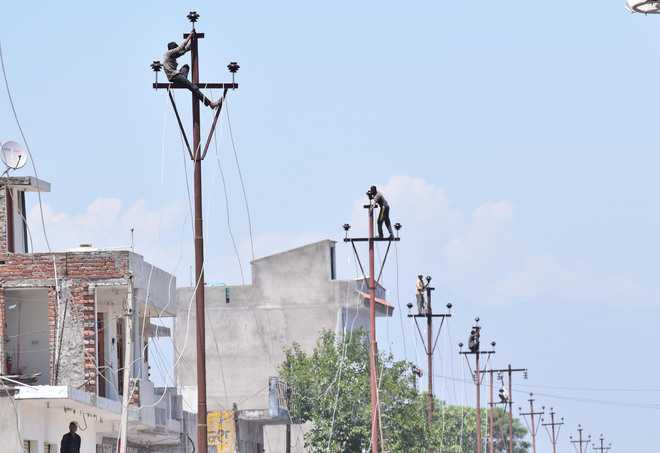 Even after fourteen years of starting of the state’s attempts to provide electricity to all, nearly 2.6 lakh households are still living in darkness.

It needs to be remembered that, according to the Central government’s definition

if 10 per cent of households in a particular village and hamlet are provided a power connection through off-grid (solar or diesel gensets) or on-grid (connected with power grid station), they will be termed ‘electrified’ in papers.

Under the plans of the 2004 UPA government, Rs 24000 were earmarked for development and reconstruction of rural electrification; and accordingly, electrification of all villages was to be achieved by 2007 and connections to all households were to be completed by 2009.

The BJP was a part of the coalition government with the PDP in J&K for three years but it failed to achieve the desired results.

Under the Gram Jyoti Yojana, an amount of Rs 616.59 crore was allocated for 10 districts of Jammu, 9 districts of Kashmir and 2 districts of Ladakh but this amount was not fully utilised.

There are about 20 lakh households in J&K and the total population is 1.25 crore.

Accroding Sanjay Sharma, the Nodal officer for ‘Power for All’ scheme in J&K and power development department’s executive engineer:

Read also: Things to know about Electric buses which soon going to ply in Jammu and Kashmir

‘since 2017, the department has covered 1.2 lakh households bringing down the figure from 3.8 lakh using off-grid solar lights.’

“We have a set target of November to provide power to all. The focus is on using solar energy to light up homes. Every week, thousands of solar lights are being provided,” he added.

When contacted by The Tribune, former Power Minister Sunil Sharma,

“The rough terrain is a major challenge. During my tenure, we covered 102 villages which had not seen power during the last seven decades but connecting all households with electricity remains a challenge.”