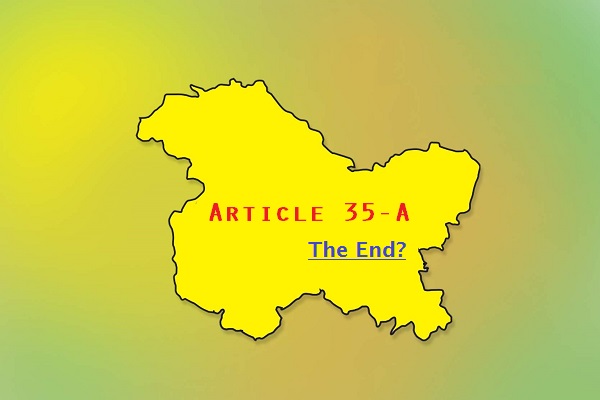 Article 35A remains as one of the most divisive provisions in the Constitution as mere talk of any alteration to it provokes sharp reactions from parties across the aisle. As the Supreme Court prepares to hear a PIL challenging the article, the PDP, Congress and the National Conference all have raised concerns on the issue. Attempts to abrogate the article have been seen as an assault on the special status of Jammu and Kashmir.

The apex court case arose out of a petition filed by an NGO called We the Citizens. The NGO filed a writ petition asking the court to strike down Article 35A. While the state government filed a counter to the petition, the Centre did not, leading to speculation that BJP-led government might be looking to end the state’s special status.

But, first of all, it is important to understand what exactly the provision entails. Does it actually provide special rights to the citizens of the state? If so, what are those rights and why don’t they infringe the Fundamental Rights of other Indians?

The actual right to make laws

In simple terms, Article 35A empowers the state legislature of Jammu and Kashmir to define ‘permanent residents’ of the state. These residents are then eligible for special rights and privileges which the legislature can provide.

Further, the laws made under Article 35A cannot be challenged on the ground that they affect the Fundamental Rights of other Indian citizens. Thus a person from Uttar Pradesh cannot move the courts saying that their right to equality is infringed by a special right given to a permanent resident of Jammu and Kashmir.

The right of the state legislature is not, however, unlimited. They can give these special rights and privileges only in the following four categories:

The rights themselves are given in the state Constitution of Jammu and Kashmir. First, it defines permanent residents as those people who on 14 May, 1954:

were state subjects of Class I or of Class II type; or
had lawfully acquired immovable property in the state and been a permanent resident of the state for more than ten years.
It also has a provision to recognise as permanent residents, people who had migrated to Pakistan and returned, though subject to certain conditions.

The state legislature can alter the definition of a permanent resident by passing a law with a two-third majority. Permanent residents are given a Permanent Resident Certificate which forms the basis of their rights in the state.

Another problem which will arise, should the challenge to Article 35A succeed, is that then all 41 subsequent Presidential Orders will then become susceptible to legal challenges, according to The Indian Express. This is because all of these Orders were in essence amendments to the 1954 Order. These subsequent orders have extended 94 out of the 97 entries in the Union List to the state as well as applied 260 articles of the Indian Constitution to the state.

The Orders have also been used to override provisions of the state Constitution, like changing the Sadr-e-Riyasat (President of the State) to the governor, prime minister (of the state) to the chief minister and extend the powers of the Supreme Court and Election Commission to Jammu and Kashmir.

The law governing Jammu and Kashmir is thus quite complicated, rather like the state’s current situation. As matters stand though, it seems clear that if any change is made to the law, as it applies to the state’s citizens, it would require a fair amount of legal manoeuvring to ensure a smooth transition.