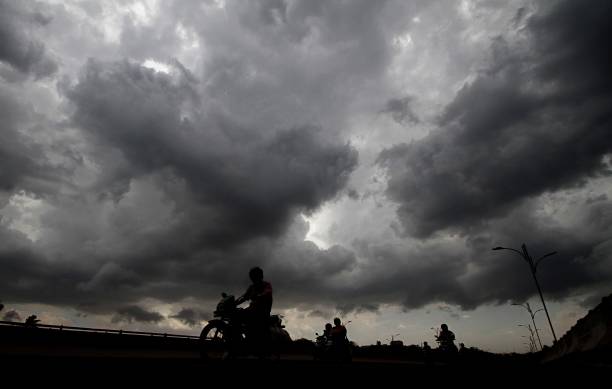 J&K state is witnessing an uneven distribution of rains this monsoon season as a result of which, several districts in the south have been left parched in need of water.

According to the Indian Meteorological Department, IMD, monsoons hit J&K on June 28 and overall rains across J&K have been normal.

In J&K, much of the monsoon precipitation is concentrated in the Jammu province as the high Himalayan mountains stop the winds from crossing over to Kashmir and the mountainous districts of erstwhile Doda district.

Surprisingly, the Kashmir valley, where rain is mostly dependent on western disturbance and not monsoon, has received excess rainfall during the period.

The southern parts of the state — Samba, Kathua, Reasi and Udhampur districts — are facing a huge deficit of precipitation while Jammu and the erstwhile Doda district have received normal rain.

According to scientists from the IMD and the agromet division of the Sher-e-Kashmir University of Agricultural Sciences and Technology, SKUAST-Jammu, erratic distribution of rains is due to unexpected wind patterns which affect the distribution of the precipitation-bearing clouds.

As per the data, Jammu district received 429.4 mm of rainfall (40 per cent excess) since June 1. All other districts in the province have recorded less rain.

Rainfall received by various districts of Jammu region is as

Scientists say that the monsoon will remain subdued in the next two weeks after which that state will possibly witness another spell of heavy rains.

Read also : Your health is under threat in Jammu region

Although it is subject of scientific research, many experts attribute the less rainfall and snowfall in Jammu and Kashmir during the annual cycle to La Nina and El-Nino effects, a global climate system which is possibly slowing down western disturbance or westerly winds.