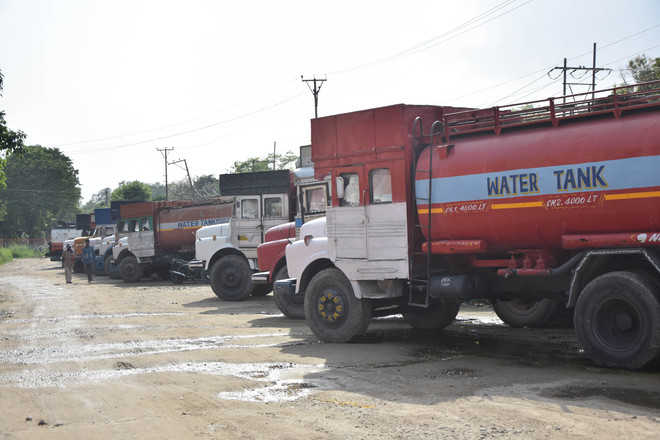 Facing regular complaints against field staff and engineers for not addressing consumers’ complaints, especially regarding the water scarcity, the Public Health Engineering (PHE) Department has established 24X7 control rooms at the district level.

According to officials, the control rooms had been set up in each division of 10 districts of the Jammu region during the summer. These would be headed by executive engineers concerned whose telephone numbers would be made public in next few days.

The step has been taken as summer months lead to water shortage in the region. Not only the demand shoots up, but the unscheduled power cuts leave infrastructure shut for hours. Monsoon rains too affect the capacity of the lifting stations run by the department.“The helpline numbers will be made public after an official meeting on May 12. Clear directions have been issued to the engineers and field staff to give priority to water supply and take strict steps against private tanker operators who are reportedly fleecing people,” said AK Gandotra, Chief Engineer, PHE department, Jammu.

Gandotra said 80 water tankers were kept on standby to provide supply water in case of any disruption.At times, people are fleeced by private tanker operators who charge exorbitant rates to supply water. There have also been complaints that the “water mafia” along with some “corrupt elements” in the PHE department don’t regularly supply water, forcing consumers to buy water from private operators.“The department should keep a check on private tanker operators who at times force a common man to shell out big money for water. It is a big headache for people, especially during the summer when the supply is irregular,” said Tarsem Lal, a resident of Lakshmipuram, Bantalab.

The water requirement in Jammu is 65.12 million gallon daily (MGD), which is mainly met by two sources — surface and ground water. However, the net availability is 50.02 MGD.“In case of any problem we have no contact numbers of the PHE department. It is important that at least a control room be established so that our problems get resolved,” said Roshan Kumar, a resident of Chak Changerwan, Chinore.