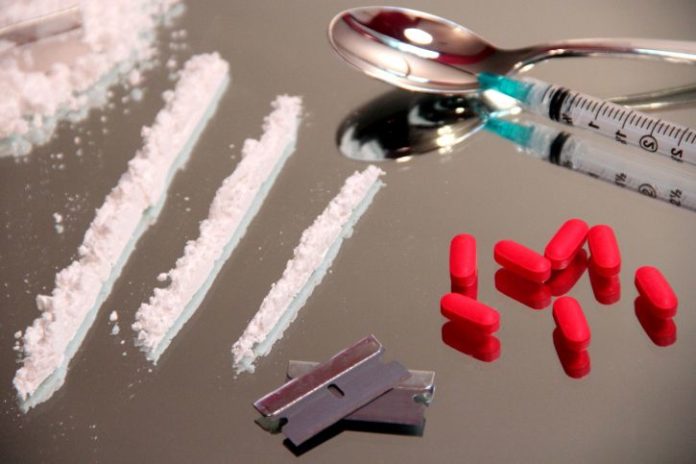 Complying with the increase in the use of drugs among the youth across the rest of the country, Jammu seems to be following suit ardently. The drug de-addiction centre established in the Government Psychiatric Disease Hospital, near Government Medical College (GMC), Jammu, is registering 5-10 cases daily, mostly related to consumption of alcohol, cannabis, heroin etc. 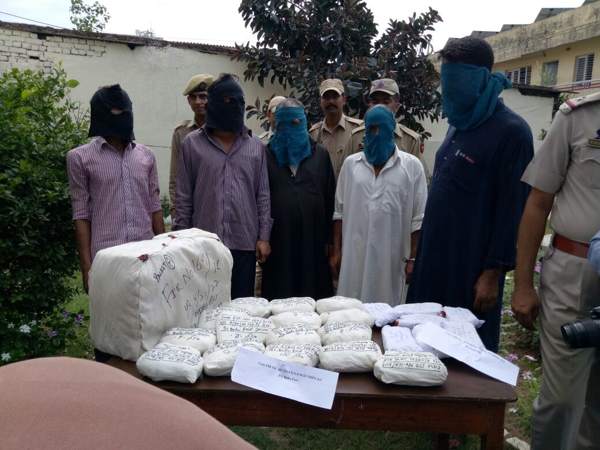 The most important reason for the rise in drug addiction cases is the easy availability of drugs in every nook and corner of the city.

“Narco terrorism has increased exponentially in the state especially after demonetization with an aim to earn money, as well as weaken our youth power.” said, Dr Anisha Dhar, Senior Counselor at the Police Drug Control and Rehabilitation Centre.

According to a report by the Jammu and Kashmir Police, 453 people were arrested for drug trafficking in the city in 2017, and 379 cases were registered under the Narcotics Drug and Psychotropic Substances (NDPS) Act. The number of such cases in 2016 was 377, and in the year 2015, it was 275.

Lack of parental supervision and peer pressure also to be blamed

Experts blame the lack of quality relationship between the parents and their children as a major reason for drug abuse among the youth in Jammu.

“Parents are busy in their jobs, and are not paying attention to their children, as well as where their child is spending his/her money and time, leading their child to get involved in drug addiction and other illegal activities and this is the problem with most of the families.” said, Dr Anisha Dhar.

The parents, in such cases, are completely unaware of the activities of their wards and this communication gap paves the way for youngsters to go for drug consumption for easing frustration/tension. Peer pressure is claimed to be an important factor that is involved in increasing drug addiction.

“Children consume drugs for the first time due to peer pressure, or experimentation or just for a kick, and later on this one time consumption becomes their addiction.” said Dr. Manu Arora, Senior Psychiatrist, GMC Psychiatric Department, Jammu.

“Upbringing of a child, broken families, imitating behavior, and financial problems are the factors that are affecting, and bringing children to drug addiction and peddling.” said Dr Charu Bali.

16-25 year-olds amongst the targeted

The youth of the city has emerged out as the one stratum of the population that is most susceptible to Narco terrorism. According to experts, from the past four to five years, maximum drug addiction cases belong to the 16-25 years age group.

Drivers, plying their vehicles along long routes, constitute the maximum number of consumers of injectable drugs. They consume drugs to avoid sleep and stress, and due to this, they not only become drug addicts but also get affected by diseases like HIV-AIDS.” said Dr Charu Bali. Experts have said that the youth is able to procure them easily from peddlers, adding that it is the responsibility of families, as well as the government, to prevent drug abuse among the youth of the city. Poly drug abuse is also highly prevalent, which essentially means the use of two or more psychoactive drugs in combination to achieve a particular effect, adding to the already chaotic situation.

Highly toxic drugs are available to addicts, and this has become an increasingly worrying problem for doctors as well. When kept away from drugs for sometime, the addict starts feeling withdrawal symptoms, craving, severe pain, and memory loss.

Dr. Anisha Dhar said that 30-40% of the total cases get relapsed due to high effects of the new drugs, and not each and every patient is able to completely get rid of his/her addiction. A number of them, although very less, come back again for treatment, while some even start consuming drugs again.

Drug addiction is prevalent in almost every part of Jammu. Valmiki Colony, Satwari, Christian Colony, Digiana, Gangyal, RS Pura, and Simbal Camp, are the areas from which maximum drug-related cases are received, including those of drug peddling.

What can be done?

Drug addiction has become a serious menace. If strict action or measures are not taken, city of Jammu faces a dark, gloomy and drug-laced future. Law enforcement bodies need to be stricter and peddling checks need to be implemented so as to reduce the influx of drugs in the state.

Although the Government, Police and a few NGOs have been conducting seminars and awareness programmes on the growing drug menace in Jammu, these efforts need to be re-doubled considering the rate at which drug addiction is spreading in the society. Last but not the least it is collective responsibility of the society to introduce healthy lifestyle habits in children and youth.