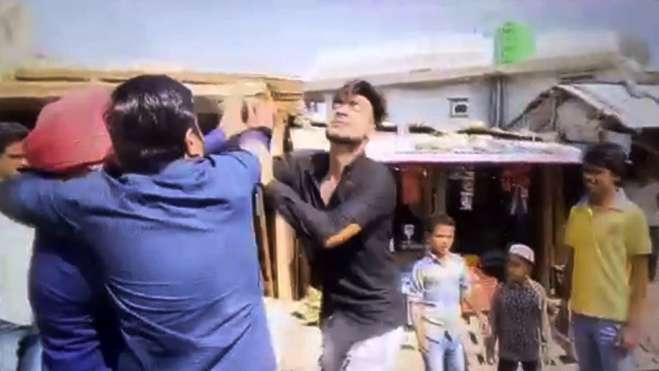 Another violent act by Rohingya sympathisers came to light yesterday when some local boys of Kerain Talab area attacked media persons. The murderous assault happened when news crew of India News and Republic TV went to Rohingya ghettoes of the area.

In preliminary investigation, Police has arrested two local goons Muhammad Ashraf and Sher Mohammad and an FIR has also been filed against them. They have been booked under relevant criminal sections.

Here is a video of the attack


The crew consisted of Republic TV reporter Tejinder Singh Sodhi and RTI activist Rohit Choudhary also. According to Tejinder they were repeatedly hit on the head with iron and wooden rods and he was saved because of his turban.

One major reason of the Rohingyas and their sympathisers for turning violent is revelation of 27 SIM cards from possession of Rohingya families. Procuring a SIM card is not easy and can only be issued against valid identity proofs and Aadhar Cards. Rohingyas have already been found possessing valid Aadhar cards and voter cards. It could be that all 27 families have got fake documents made or else there is a strong local nexus supporting them.


People of Jammu and entire media fraternity of Jammu have condemned this attack and alarmed the governments against the threat of settling these Rohingyas in Jammu. Meanwhile Deputy CM Nirmal Singh, on behalf of the state BJP, has done nothing besides condemn this attack.

According to online media reports, “Police have arrested two local youths for the attack, Mohammad Ashraf and Sher Mohammad, the youths are sons of landlords who have rented out land to the Rohingyas, It is also reported that when the youths were assaulting the media, the Rohingya refugees handed more blows on them by raising slogans “in their language”.

Police have registered cases under Sections 341 (wrongful restraint), 323 (causing hurt), 382 (theft after preparation made for causing death, hurt, or restraint ) and 34 (criminal acts done by several persons) of the Indian Penal Code.