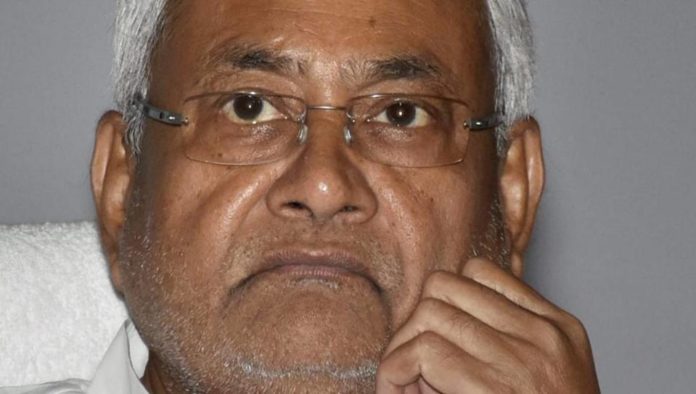 Amid the prevailing tension in the Bihar Grand Alliance, state Chief Minister Nitish Kumar resigned from his post on Wednesday. Nitish Kumar’s decision to quit was taken at a meeting of JD(U) MLAs on Wednesday evening. The MLAs reportedly endorsed his decision to quit. The latest development will only widen the gap between the two parties. Meanwhile, with Nitish Kumar’s resignation, BJP’s Parliamentary Board is expected to meet today and discuss the Bihar political crisis as well.

Earlier in the day, RJD chief Lalu Prasad Yadav ruled out state Deputy Chief Minister Tejashwi Yadav’s resignation saying Chief Minister Nitish Kumar did not ask him to step down from his post. This development comes weeks after the Central Bureau of Investigation (CBI) had registered a corruption case against the RJD supremo, his wife Rabri Devi, son Tejashwi and former Indian Railway Catering and Tourism Corporation (IRCTC) Managing Director P.K. Goyal, and the wife of Lalu’s confidante Prem Chand Gupta, Sujata on allegations of giving the tender for development, maintenance and operation of hotels in Ranchi and Puri in 2006.

Embroiled in the fiasco, Lalu had earlier rejected all the allegations against him and his family saying the CBI raids are ‘politically motivated’ and that filing an FIR cannot be the reason for Tejashwi’s resignation. Bihar Grand Alliance: Here are the top developments from today

1. Bihar CM Nitish Kumar resigns from his post, says he did it in the interest of Bihar.

3. Supporting the Bihar Grand Alliance, Lalu Prasad Yadav said today: “We have formed the grand alliance, made Nitish CM. Why will we break the alliance?”

5. Meanwhile, Tejashwi Yadav slammed the RSS and BJP for trying to drive a wedge through the Bihar Grand Alliance. He said: “I was never asked to resign. It’s RSS-BJP which wants to break the grand alliance, people can see through their conspiracy.

6. Labeling BJP leader Sushil Modi as an ‘outsider’, Tejashwi Yadav said he is not even a Bihari, he is an outsider. “So these people don’t care about Bihar’s development or its people.”

7. Tejashwi Yadav also lashed out at BJP president Amit Shah saying he wants to see BJP in power in every state, so they are trying all means to break us.

Meanwhile, RJD legislators will meet on Wednesday in the presence of party chief Lalu Prasad amid the prevailing tension in the Bihar Grand Alliance that foresees turmoil in the Assembly session starting July 28. The meeting will be reportedly held before RJD chief Lalu Prasad Yadav leaves for Ranchi in connection with the fodder scam case. JD(U), on its part, has hinted at the unease in conducting Assembly business and Chief Minister Nitish Kumar’s “discomfort with sharing space” with his deputy Tejashwi Yadav in the House.

The BJP, in the meantime, has kept up its pressure on Nitish Kumar over Tejashwi Yadav’s resignation with Sushil Kumar Modi asking the chief minister to immediately suspend Tejashwi Yadav.