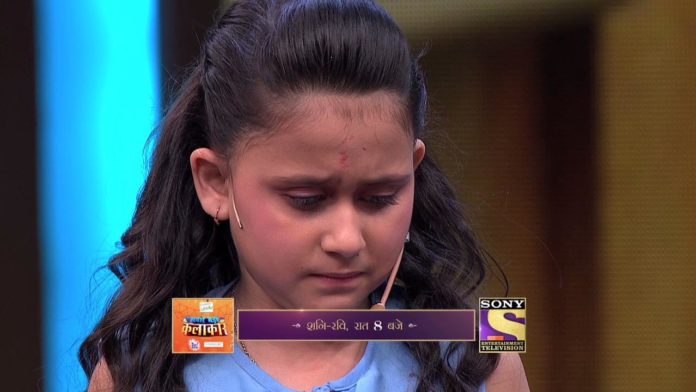 Sabse Bada Kalakar is all set to get its first winner this week. The show judged by Boman Irani, Raveena Tandon and Arshad Warsi, and hosted by Jamie Lever and Jay Bhanushali aired its semi finale episode last week. Out of the five remaining contestants, four have reached the grand finale.

Virad Gujral from Jammu was the first contestant to enter the grand finale thus creating a new history for the state of Jammu & Kashmir. 11-year-old Vrinda Gujral was the first to perform and moved everyone with her powerful act.

Her journey in this country’s toughest Acting contest started around six months back when she was selected for the TV round for the channel Sony TV from amongst 50,000 contestants who appeared for the auditions.

Congratulations Vrinda for reaching the finals and best wishes for final.